Vitamin D isn’t really a vitamin, but a hormone pre-cursor that is essential for the body to grow and function properly. Last year, I was shocked by the many recent reports of Rickets showing up in babies of highly educated, higher-income moms. I dug in and did LOTS of research and am now convinced that Vitamin D deficiency is epidemic and I need to do my part in educating my clients & friends.

After talking at length yesterday with Madrona Bourdeau, a fabulous midwife at the Northern New Mexico Birth Center, I became aware of how many birth professionals and parents are still unaware of the need for Vitamin D sufficiency during pregnancy.

Please, if you are a pregnant or planning to be, get your Vitamin D 25(OH)D level tested. Latest research indicates that you should aim for a blood level of 50-60 ng/ml.  Your doc can order this, or you can buy an online test kit here.  UK and overseas folks can find one here.

While you are waiting for your test results, unless you are light-skinned and get 20 min of noontime sun (in a bikini) every day and live below 38 degrees latitude, then I recommend supplementing with 4,000 IUs of an oil-based D3.  My favorite is Carlson’s Solar D Gems.  You can buy them cheaply on iHerb. 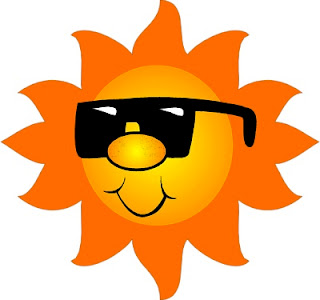 To support the educational efforts of the Vitamin D Council, I am reproducing an excerpt of their newsletter on this topic. I hope that if this is helpful to you, that you will distribute this post widely!

Dr. Lisa Bodnar, a prolific Vitamin D researcher, and her colleagues at the University of Pittsburg studied 400 pregnant Pennsylvania women; 63% had levels below 30 ng/mL and 44% of the black women in the study had levels below 15 ng/mL. Prenatal vitamins had little effect on the incidence of deficiency. Bodnar LM, Simhan HN, Powers RW, Frank MP, Cooperstein E, Roberts JM. High prevalence of vitamin D insufficiency in black and white pregnant women residing in the northern United States and their neonates. J Nutr. 2007 Feb;137(2):447–52.

Thus, more than 95% of pregnant women have 25(OH)D levels below 50 ng/mL, the level that may indicate chronic substrate starvation. That is, they are using up any Vitamin D they have very quickly and do not have enough to store for future use.

Effects on the Mother

Preeclampsia
Preeclampsia is a common obstetrical condition in which hypertension is combined with excess protein in the urine. It greatly increases the risk of the mother developing eclampsia and then dying from a stroke. Dr. Lisa Bodnar and her colleagues found women with 25(OH)D levels less than 15 ng/mL had a five-fold (5 fold) increase in the risk of preeclampsia. Bodnar LM, Catov JM, Simhan HN, Holick MF, Powers RW, Roberts JM. Maternal vitamin D deficiency increases the risk of preeclampsia. J Clin Endocrinol Metab. 2007 Sep;92(9):3517–22.

Effects on the child
Seventeen experts—many of them world-class experts—recently recommended:

“Until we have better information on doses of vitamin D that will reliably provide adequate blood levels of 25(OH)D without toxicity, treatment of vitamin D deficiency in otherwise healthy children should be individualized according to the numerous factors that affect 25(OH)D levels, such as body weight, percent body fat, skin melanin, latitude, season of the year, and sun exposure. The doses of sunshine or oral vitamin D3 used in healthy children should be designed to maintain 25(OH)D levels above 50 ng/mL. As a rule, in the absence of significant sun exposure, we believe that most healthy children need about 1,000 IU of vitamin D3 daily per 11 kg (25 lb) of body weight to obtain levels greater than 50 ng/mL. Some will need more, and others less. In our opinion, children with chronic illnesses such as autism, diabetes, and/or frequent infections should be supplemented with higher doses of sunshine or vitamin D3, doses adequate to maintain their 25(OH)D levels in the mid-normal of the reference range (65 ng/mL) — and should be so supplemented year-round (p. 868).” Cannell JJ, Vieth R, Willett W, Zasloff M, Hathcock JN, White JH, Tanumihardjo SA, Larson-Meyer DE, Bischoff-Ferrari HA, Lamberg-Allardt CJ, Lappe JM, Norman AW, Zittermann A, Whiting SJ, Grant WB, Hollis BW, Giovannucci E. Cod liver oil, vitamin A toxicity, frequent respiratory infections, and the vitamin D deficiency epidemic. Ann Otol Rhinol Laryngol. 2008 Nov;117(11):864–70.

Eight years before the above recommendations, Professor John McGrath of the Queensland Centre for Mental Health Research theorized that maternal Vitamin D deficiency adversely “imprinted” the fetus, making infants more liable for a host of adult disorders. Research since that time has supported McGrath’s theory. Consider, for a minute, what it must be like for John McGrath, to know that maternal Vitamin D deficiency is causing such widespread devastation, to know it could be so easily treated, but to also know he must wait the decades that will be required to deal with the problem. McGrath J. Does ‘imprinting’ with low prenatal vitamin D contribute to the risk of various adult disorders? Med Hypotheses. 2001 Mar;56(3):367–71.

Schizophrenia
Dr. Dennis Kinney and his colleagues at Harvard published a fascinating paper last month on the role of maternal Vitamin D deficiency in the development of schizophrenia, in support of Dr. McGrath’s theory. As they point out, the role of inadequate Vitamin D during brain development appears to “overwhelm” other effects, explaining why schizophrenia has so many of the footprints of a maternal Vitamin D deficiency disorder, such as strong latitudinal variation, excess winter births, and skin color. Kinney DK, Teixeira P, Hsu D, Napoleon SC, Crowley DJ, Miller A, Hyman W, Huang E. Relation of schizophrenia prevalence to latitude, climate, fish consumption, infant mortality, and skin color: a role for prenatal vitamin d deficiency and infections? Schizophr Bull. 2009 May;35(3):582–95.

Autism
I will say not more, other than to point out that Scientific American ran a lengthy article last month on my autism theory but the editors insisted that the author not cite me, nor my paper, because I am “not a scientist.” Gabrielle Glaser. What If Vitamin D Deficiency Is a Cause of Autism? 2009 April 24. Scientific American.

Of course, it is claimed you are a racist if you believe these studies. In fact, a number of writers have told me their editors will not allow writers to discuss these studies in their stories. I am glad these studies were conducted by researchers at the CDC. Although, I worry about their political longevity at the CDC after reporting such findings.

I will mention one other fact (at my peril) and that is the fact that a very smart man, President Barack Obama, was born in the late summer (August) and has a brain that developed in a womb covered in white skin, during the spring and summer, in the subtropics (Latitude 21 degrees North), during an age before sun-avoidance was the mantra (1961). Make what you want to of that fact. My point is that whites living at temperate latitudes may have a huge developmental advantage over blacks, an advantage that begins immediately after conception, an advantage that has nothing to do with innate genetic ability and everything to do with environment.

Newborn Lower Respiratory Tract Infection
Newborn babies are vulnerable to infections in their lungs and women with the lowest 25(OH)D level during pregnancy were much more likely to have their newborn in the ICU being treated for lower respiratory tract infections. Drs. Walker and Modlin at UCLA recently presented reasons why viral pneumonia is probably only one of many pediatric Vitamin D deficient infections. Karatekin G, Kaya A, Saliho?lu O, Balci H, Nuho?lu A. Association of subclinical vitamin D deficiency in newborns with acute lower respiratory infection and their mothers. Eur J Clin Nutr. 2009 Apr;63(4):473–7. Walker VP, Modlin RL. The Vitamin D Connection to Pediatric Infections and Immune Function. Pediatr Res. 2009 Jan 28.

Birth weight
While conflicting results exist on the effects of maternal Vitamin D deficiency and birth weight, the majority of the studies find an effect. Furthermore, the studies are comparing women who have virtually no intake to women who have minuscule intakes. For example, women who ingested around 600 IU per day were more likely to have normal weight babies compared to women whose intake was less than 300 IU per day. One can only wonder what would happen if pregnant women had adequate intakes? Drs. Scholl and Chen, at the Department of Obstetrics at the University of Medicine and Dentistry of New Jersey, concluded pregnant women need 6,000 IU per day, not the 400 IU/day contained in prenatal vitamins. Scholl TO, Chen X. Vitamin D intake during pregnancy: association with maternal characteristics and infant birth weight. Early Hum Dev. 2009 Apr;85(4):231–4.

Diabetes
My old nemesis, cod liver oil, when given during pregnancy resulted in children who were three times less likely to develop juvenile diabetes before the age of 15. Of course, this was back when cod liver oil had meaningful amounts of Vitamin D (these Norwegian mothers were taking cod liver oil in the 1980s). Stene LC, Ulriksen J, Magnus P, Joner G. Use of cod liver oil during pregnancy associated with lower risk of Type I diabetes in the offspring. Diabetologia. 2000 Sep;43(9):1093–8.

Seizures
Newborns frequently have seizures and those seizures are almost always due to low blood calcium. This problem is so common that many newborns are given a prophylactic injection of calcium. In 1978, researchers found such hypocalcemia can easily be prevented by giving Vitamin D. Sadly, standard treatment remains—not Vitamin D, but calcium and an analogue of activated Vitamin D. Such analogues do not correct Vitamin D deficiency. The fact that this was known in 1978 and has been routinely ignored by obstetricians since then should give you pause. Do not think science will solve the Vitamin D problem. Science simply points the way, activists must change the practice. Fleischman AR, Rosen JF, Nathenson G. 25-Hydroxycholecalciferol for early neonatal hypocalcemia. Occurrence in premature newborns. Am J Dis Child. 1978 Oct;132(10):973–7.

Brain Tumors
John McGrath’s group discovered that children with astrocytomas and ependymomas (brain tumors you do not want your child to have) were more likely to be born in the winter. Ko P, Eyles D, Burne T, Mackay-Sim A, McGrath JJ. Season of birth and risk of brain tumors in adults. Neurology. 2005 Apr 12;64(7):1317.

Epilepsy
Three studies have found that epileptic patients are much more likely to be born in the winter. Dr. Marco Procopio of the Priory Hospital Hove in Sussex has written all three. Procopio M, Marriott PK, Davies RJ. Seasonality of birth in epilepsy: a Southern Hemisphere study. Seizure. 2006 Jan;15(1):17–21.

Cavities
Dr. Robert Schroth from the University of Manitoba reported that mothers of children who developed cavities at an early age had significantly lower vitamin D levels during pregnancy than those whose children were cavity-free. Megan Rauscher. Prenatal vitamin D linked to kids’ dental health. 2009. Reuters.

Asthma
The extant data here is conflicting. Two studies have found higher Vitamin D intakes during pregnancy decrease the risk of asthma in later childhood and one has found the opposite. The best review of the issue is by Drs. Augusto Litonjua and Scott Weiss, at Harvard, who conclude that the current epidemic of asthma among our children is related to both gestational and ongoing childhood vitamin D deficiency. Litonjua AA, Weiss ST. Is vitamin D deficiency to blame for the asthma epidemic? J Allergy Clin Immunol. 2007 Nov;120(5):1031–5.

My experience, both at the hospital and via my readers, is that asthma improves—albeit sometimes slowly—when adequate doses of Vitamin D are taken. However, Vitamin D does not appear to be a cure, like it is in some other conditions. I suspect children with asthma have suffered both gestational and ongoing childhood Vitamin D deficiency that probably altered, perhaps permanently, their immune system.

This newsletter may be reproduced as long as you properly and prominently attribute it source. Please reproduce it, post it on Internet sites, and forward it to your friends.

Remember, we are a non-profit and rely on your donations to publish our newsletter, maintain our website, and pursue our objectives. Send your tax-deductible contributions to: